The latest episode Neil Bhatt–Ayesha Singh starrer Ghum Hai Kisikey Pyaar Meiin saw Patralekha successfully manipulating Sai-Virat’s surrogate Geeta to step back from surrogacy process. Pakhi meets Geeta pretending to be doctor’s assistant and asks her to sign consent papers. On being asked by Yogesh about the papers, Pakhi tells them that the form states that if anything happens to Geeta during pregnancy then neither the hospital nor Sai and Virat will be responsible for it.

Pakhi further says that if anything goes wrong with the pregnancy then Geeta will either have to pay the compensation or go to jail. Yogesh gets angry and tells Geeta to not bear Sai-Virat’s child. Geeta is sure that Sai cannot cheat her and decides to call her. Hearing this, Sai who is waiting for Geeta and calls her to find out about her whereabouts.

Meanwhile, Pakhi makes Yogesh talk to Vaishali who pretended to be a victim of a surrogacy scam. She suggests Geeta and Yogesh to block Sai and Virat’s phone number so that they cannot call them. Sai and Virat gets worried as they fails to contact Geeta while Bhavani gets angry as the surrogate didn’t reaches on time. Bhavani taunts Sai for not trusting Pakhi while Virat suggests Pakhi’s name for surrogate but Sai rejects the idea. Sai rushes to meet Geeta while Pakhi calls Bhavani and instigates her against Sai.

On learning that Sai has gone to bring Geeta, Pakhi calls goons to stop Sai from reaching there. Further, the doctor informs Virat to bring Geeta within 40 minutes else she cannot do anything afterwards. Bhavani asks Virat to call Pakhi for surrogacy but Virat doesn’t want to go against Sai.

Other hand, Sai gets attacked by goons and falls unconscious. Virat tries to contact Sai but fails. In the upcoming episode we will see the Doctor again asking Virat about Geeta. Virat helplessly tells the doctor that he is not able to contact his wife Sai who has gone to get Geeta.

Doctor tells him to not to take the matter lightly as this is his only chance of becoming father. Virat gets afraid of doctors’ words while Bhavani brings Pakhi to the hospital as surrogate. Virat is shocked to see Pakhi at hospital while doctor tells the nurse to take the surrogate to the room and prepare for the procedure. 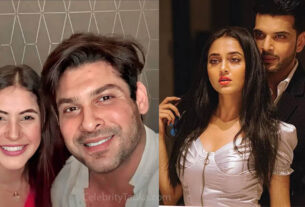 Karan Kundrra on TejRan’s comparison with Sidharth Shukla-Shehnaaz Gill; ‘SidNaaz has got Sidharth in it, out of respect to him, you should not compare’ 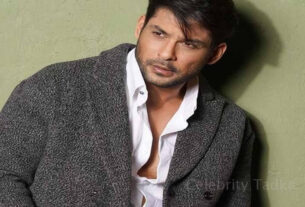 Sidharth Shukla’s THROWBACK picture from the Gladrags Manhunt 2004 goes viral; Abhinav Shukla also seen with him as a finalist