Star Plus popular show Ghum Hai Kisikey Pyaar Meiin is making lot of headlines nowadays with it’s amazing twists and turns in the story. The show stars Ayesha Singh, Neil Bhatt and Aishwarya Sharma Aka Sai, Virat, and Pakhi in lead. Fans are in love with Ayesha and Neil Aka Sai and Virat‘s on-screen chemistry. They fondly calls the duo ‘Sairat’.

Ayesha‘s character Sai Joshi in the show has been winning fans’ hearts with her Honest, strong, fierce and bold personality. Now, in an interaction with News18.com, Ayesha talked about her character Sai and reveals the few qualities she has in common with Sai and the ones she would like to inherit from her on-screen character. The actress quoted saying, “I too am fun, honest, sincere and carefree. I am fearless like Sai but one thing I would really like to adapt from her is the way she confronts people. Not entirely in the way Sai does it, because she is too bold sometimes. She calls out people on their faces. I can’t do that outright because I am polite in my approach. I would say I’m more solution oriented.”

The actress says that her role of Sai has strong family values which makes it a hit among the viewers. She says, “Her upbringing has a lot to do with how she reacts in a situation. Sai is honest, righteous and brave like her father. She is from a family that has a strong bond but is married into one where relations have an undercurrent and things are complicated. She is unafraid to speak up because family is important to her. Her broadmindedness and the fact that she is fearless is what really connects.”

She also spoke about her bond with her co-actor Neil Bhatt, Ayesha says that he has been instrumental in her journey as an actor. The actress adds, “I feel both of us have grown into our characters. I have also picked up a lot of skills from him. He keeps telling me the technicalities of working with the camera, for instance how to come from point A to point B without looking into the camera. I have picked up nuances watching him perform.”

Speaking about Neil Bhatt and Aishwarya Sharma (who’s playing the role of Pakhi in show) who are a real life couple, Ayesha sweetly says, “They’re really cool. They are mostly in themselves, like two love birds.”

Ayesha is all praise for Aishwarya Sharma. The actress says, “She brings a lot of energy on the sets. I notice that everyone is cheerful around her. Patralekha, her character, is shown to be heartbroken and it’s not easy playing the part. And she is doing a great job.”

Currently, the GHKKPM‘s shoot has been shifted to Goa amid shutdown of shooting in Maharashtra due to rise in COVID-19 cases. Speaking about shooting amid the second wave of Coronavirus, Ayesha quoted saying, “The shoot is going pretty well. Since no one from the outside is allowed, the production team and the actors have become really close. We are taking utmost precautions. When there is no shooting taking place, we don’t go about chilling here and there. We are given kadha on the set which boosts immunity. I am doing a lot of breathing exercises and keeping a check on how I am feeling on a day-to-day basis. We are all staying at a single location and are ferried back and forth in production vehicles. On the set, nobody is allowed to enter from the outside. All the unit’s requirements are taken care of but we are not personally going anywhere or meeting people from the outside. I really hope that this system of shooting does not go on for long.”

ALSO READ: Ghum Hai Kisikey Pyaar Meiin: Neil Bhatt Opens up on working with Ayesha Singh & how they bring alive the chemistry on screen; “I’m happy to have a co-actor like her” 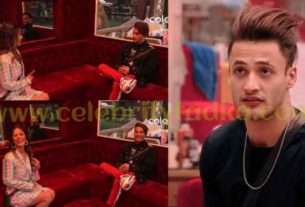 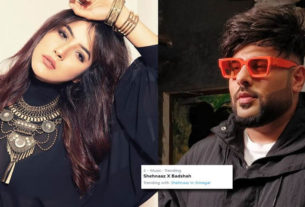 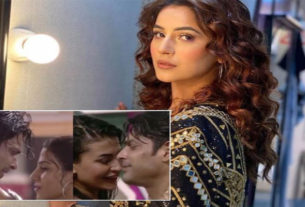