Ayesha Singh-Neil Bhatt starrer Ghum Hai Kisikey Pyaar Meiin is one of the most popular show on television right now. The current track of the show revolves around Sai who left shocked learning that Pakhi is Virat’s wife and Vinayaka is their son. Other hand, Virat sees Sai with Jagtap together and recalls Gulab Rao’s words who pointed finger on Sai’s character by saying that she has many lovers in the village. Virat thinks Sai and Jagtap are together. He as usual misunderstood Sai and thinks she have forgiven Jagtap.

Meanwhile, Pakhi tries to know about Savi’s father and questions her about the same. But Savi says his father doesn’t stay with them. Later, Sai goes to bandage Virat’s wound when he tightly grabs Sai’s hand questioning her why was Jagtap holding her hand and what he is doing here.

Sai uses full strength to pull her hand from his clutches. She tells Virat that she is only his doctor and will not answer any personal questions. Sai tells him that she never questioned him about his personal life with Pakhi, hence, she would not explain him anything about her life. This makes Virat furious.

In the upcoming episode we will see Sai telling Pakhi that even if she was the last doctor in the world Virat will not get his treatment from her. Sai advices Pakhi that it’s not safe for Virat’s health to travel long distance. Pakhi worried while Virat comes and tells Sai that she does not need to worry about his health as he is going back to his house Chavan niwas with his family. He holds Pakhi’s hand and walks away from there leaving Sai behind. 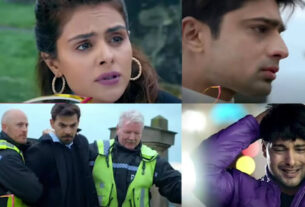 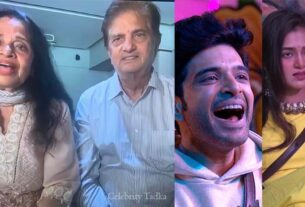 Bigg Boss 15: Karan Kundrra’s parents reacts to his relationship with Tejasswi Prakash; “Our intentions will be to help them stay together, There are certain things that they need to sort out” 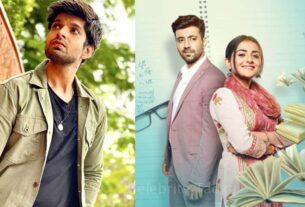