Ayesha Singh-Neil Bhatt starrer Ghum Hai Kisikey Pyaar Meiin is one of the most popular show on television right now. The show is always in news and most of due to the criticism from viewers. The current track of the show revolves around Sai who left shocked learning that Pakhi is Virat’s wife and Vinayaka is their son. While Virat sees Sai with Jagtap and recalls Gulab Rao’s words who pointed finger on Sai’s character by saying that she has many lovers in the village. Virat as usual misunderstood Sai and thinks she have forgiven Jagtap and now they are together.

The latest episode has left viewers disappointed wherein Virat manhandles Sai when she comes to treat him. Virat tightly grabs Sai’s hand questioning her why was Jagtap holding her hand and what he is doing here. Sai fights to release her hand from his clutches and tells Virat that she is only his doctor and will not answer any personal questions. Sai tells him that she never questioned him about his personal life with Pakhi, hence, she would not explain him anything about her life.

Fans upset with Virat’s behaviour as he doubts Sai’s character and questions her relation with Jagtap while he himself betrayed Sai and is married to Pakhi. Fans recalls how Virat chose Pakhi over Sai and Vinayak in the name of friendship and family before leap. And now, Virat has married to Pakhi, who once hired goons to harm Sai and did some many crimes to be surrogate mother and separate SaiRat.

Another one says “No matter how big sin pakhi does — Always virat forgives her in the name family,dost When it comes to Sai, he always tests her, always behaves in human with her untill all his doubts are cleared Virat should have never married Sai #GhumHaiKisikeyPyaarMeiin.”

The double standards of 🐀boy … yet again he doesn't want to give any explanations for his behavior or his reason for marrying 🐍 but expects Sai to answer all his questions .. clarify all his doubts.. the worse written character ever 🙈🙈🙈#GhumHaiKisikeyPyaarMeiin

No matter how big sin pakhi does — Always virat forgives her in the name family,dost

When it comes to Sai, he always tests her, always behaves in human with her untill all his doubts are cleared

The actor makes the virat character more unbearable 😖
Today's jealousy scene would have been better with full of intense but it looked more like a maniac attacking sayi 🤦🏻‍♀️. .
Someone send him to asylum

character assassinates her, has ZERO respect for sai & her dignity!
LOVE for Sai? Where?
This whole character assassination of Sai by MLA and Verat has just made veerat a bigger jerk nothing else!#Ghumhaikisikeypyaarmeiin
BRING NEW ML FOR SAI JOSHI 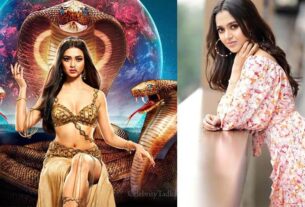 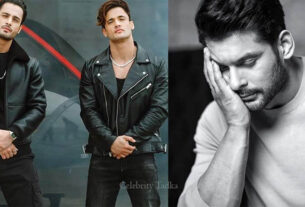 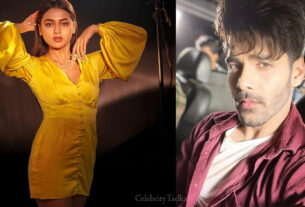 Simba Nagpal Opens up on working with Tejasswi Prakash, calls her ‘hardworking & passionate’; Reveals “She got injured during Naagin 6 shoot but didn’t complain”