Former Bigg Boss contestants Gauahar Khan, Sidharth Shukla and Hina Khan, who entered the BB 14 house as “Toofani Seniors”, has definitely spent a great time together. The trio was one of the major highlights of Bigg Boss 14 in initial two weeks. Their fun-loving equation inside the house has grabbed lot of attention. They even had lot of arguments & fights during tasks but after sometime they all get back to normal.

Now, in an recent interaction with Bollywood Hungama, Gauahar Khan talked about her equation with Sidharth Shukla inside the Bigg Boss 14 house. During the conversation, Gauahar was asked about the scene from a task where Sidharth tells her jokingly to not touch him as he has a girlfriend at home. And, the particular scene from task went viral on internet.

Speaking about that scene from the task and Sidharth‘s ‘Girlfriend at Home’ comment, Gauahar said, “Sidharth is very funny when he has to be. He actually has a great sense of humour and he was troubling me at that time. He thought I would get distracted from the task and he was saying anything. But I don’t think he really really meant it that I have a girlfriend at home. It was just because I touched him and was pushing him back. So that was his sense of humour.”

Gauahar further says, “I hope he has a girlfriend because he is a great guy. He really needs to be looked after as he is completely pampered by his mom. He gets his food on time and all that. So, I hope he gets a girl who can take care of himself. So, ya I pray that he gets a good girl.” 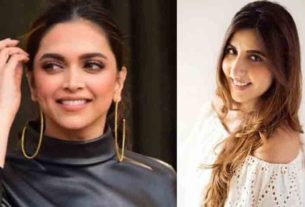 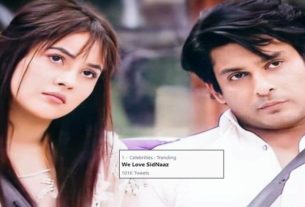 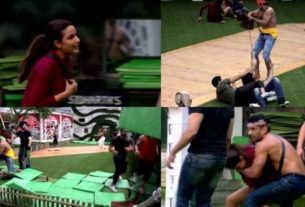