Star Plus show Imlie starring Fahmaan Khan and Sumbul Touqeer Khan in lead, is currently one of the most popular show on television. It has been doing well on the TRPs charts since start and receiving great response from viewers. The audience adores the chemistry between Aryan and Imlie in the show and fondly calls them #AryLie. While the show is doing well, the sudden reports of Imlie going off air has left fans disappionted.

As per TellyChakkar reports, Fahmaan-Sumbul starrer Imlie might go off air soon. The reports also suggest that Imlie will come with its second season where we will see Cheeni all grown up as Imlie 2. The new season will focus on Imlie’s daughter.

This news has left show’s fans heartbroken and Fahmaan-Sumbul fans are trending “DONT END IMLIE” on Twitter requesting makers and channel to not call off the show. The show has never been out of Top 10 list of most watched ITV shows if we talk about TRP ratings. And to end such a popular show indeed really disappointing.

A fan tweeted, “I watch only your @StarPlus channel that too mainly because of imlie show and especially for sumbultouqeer and fahmaankhan You better not end the show .. Don’t break our hearts DONT END IMLIE.”

I watch only your @StarPlus channel that too mainly because of imlie show and especially for sumbultouqeer and fahmaankhan
You better not end the show ..
Don't break our hearts

Gulkhan is lucky to have actors like FahmaanKhan & sumbultouqeer
They are best leads ever I still can't believe she is ending the show when she has great actors with great chemistry and such a hard working people who put efforts ,dedication with 200% day& night

#imlie 1 unique show that has grown 2 conquer hearts ol over India & outside India to. its very disheartening 2 hear tht such a wonderful show is gonna b shutdown. when it has always been in d top trp ratings as well as OL ratings. plz don't take our arylie away
DONT END IMLIE

Just TAKE FAHMAAN AND SUMBUL FOR SEASON 2 @StarPlus u GUYS HAVE NO IDEA …… WHAT IS THEIR CRAZE…. JUST BRING THEM BACK WITH SEASON 2….

THEY HAVE POTENTIAL AND POWER THAT'S YET TO BE EXPLORED !!!!!!

In the forthcoming episode, Imlie’s mother tells Aryan-Imlie’s marriage truth to Cheeni. Cheeni decides to bring them together no matter what. Imlie finds Cheeni missing from village while she hides in Aryan’s car as he drives back to Delhi. Imli will follow Cheeni to Delhi and now she have to stay in Rathore’s house.

Imlie will be heartbroken seeing the state of Bhasker Times. She plays reverse psychology to motivate Aryan to handle the business again, just like he used to do for her. Other hand, Malini will send Imlie on a dangerous sting operation where her life fall under major threat. 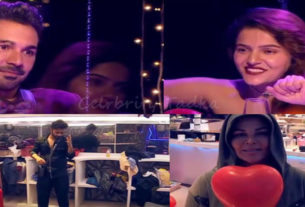 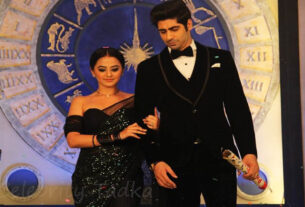 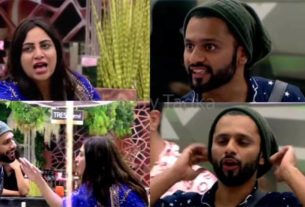 Bigg Boss 14: Arshi gets into ugly fight with Rahul Vaidya; Khan calls Vaidya ‘Nalla’ and accuses him of Body Shaming