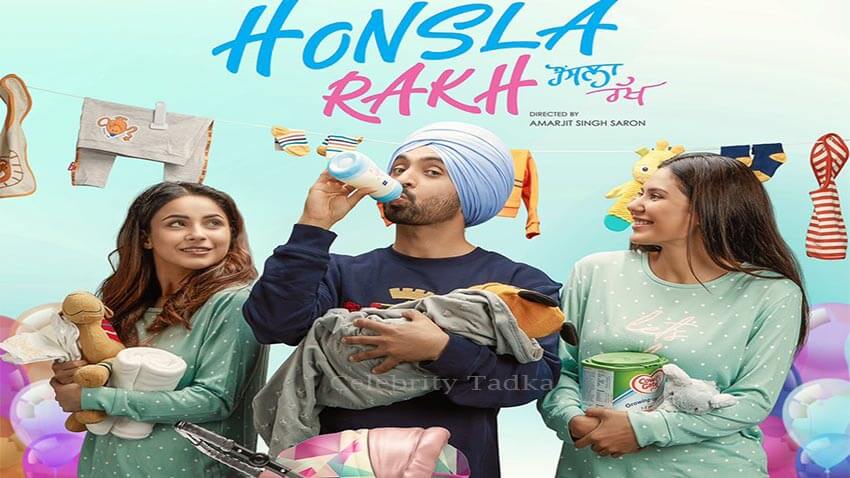 Bollywood actor-singer Diljit Dosanjh finally unveiled the poster of his most awaited film ‘Honsla Rakh‘ co-starring Shehnaaz Gill and Sonam Bajwa. The film will hit the big screens on 15th October, 2021. This is the first time Shehnaaz is working with Diljit. The film also marks Shehnaaz‘s debut as lead opposite Diljit. Fans are already super excited for the film and eagerly waiting for it’s release.

The film is produced by Daljit Thind and Pawan Gill along with Diljit himself. It is directed by Amarjit Singh Saron and written by Rakesh Dhawan. The director of photography (DOP) is Baljit Singh Deo. The film is shot in Vancouver, Canada. Just while ago, Dosanjh dropped the new poster of the film ‘Honsla Rakh‘ which features Shehnaaz Gill, Sonam Bajwa along with him. Sharing the poster, the Good Newwz actor revealed the release of the trailer that is Monday, 1 PM IST.

Previously also, Shehnaaz has worked in few Punjabi films like Sat Shri Akaal England in 2017, Kala Shah Kala and Daaka in 2019. Currently, the actress has taken a break from social media or any public appearances, as she is still grieving over the untimely demise of close friend and actor Sidharth Shukla. Shehnaaz is going through a difficult phase of her life and we pray to god to give her and Sidharth‘s family strength to bear this loss.

ALSO READ: Shehnaaz Gill is still dealing with the pain of losing Sidharth Shukla and isn’t in a state to get back to work-Reports 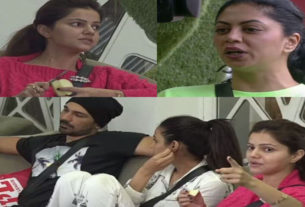 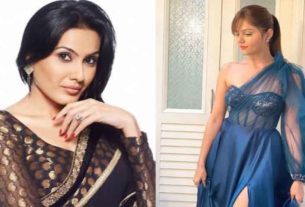