On the occasion of Valentine’s day, the makers of Ekta Kapoor‘s AltBalaji‘s upcoming web series Broken But Beautiful 3 has dropped a lovely BTS picture of Sidharth Shukla and Sonia Rathee Aka Agastya–Rumi. The picture is indeed a treat for all Agastya–Rumi Aka #AgMi fans.

The 11:11 productions took their official Instagram handle and shared Sidharth Shukla and Sonia Rathee‘s adorable picture from the BBB 3 shoot. The way Sonia Rathee is looking at Sidharth Shukla in the picture will surely make you fall in love with their sizzling chemistry in the web series. Sharing the picture, 11:11 productions wrote a lovely caption, ‘Find someone who looks at you the way Rumi looks at Agastya. #Agmi‘. Fans are already going crazy over their romantic chemistry.

In the third installment of Ekta Kapoor‘s web series, Sidharth will be seen essaying the role of a theatre director Agastya Rao, who is nursing a broken heart, will eventually fall in love with Rumi (Sonia Rathee). The release date of the web series is yet to be announced by makers. The filming of the romantic drama is currently in progress. 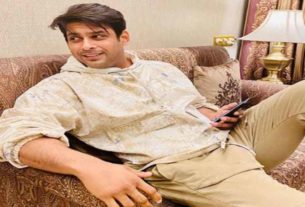 Bigg Boss 13 winner Sidharth Shukla is Running out of pictures amid lockdown; gives a funny explanation 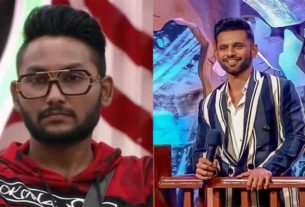 Bigg Boss 13 Salman Khan Show will have No Eviction this weekend, All 7 Contestants to Enter the Finale Week?