Recently, Priyanka Chahar Choudhary had an emotional breakdown in Bigg Boss 16 house over her coming across as wrong and dominating, despite thinking good for her close friend Ankit Gupta. The duo have been not talking to each other since three days but now the two are back together in the most romantic way possible. In the latest episode, Priyanka seen sitting with Ankit and hugging him as she talks about how she couldn’t stay away from him for a long time.

She tells Ankit that she was going to give him a kiss on his forehead but didn’t. When Ankit asks her what stopped her from doing that, Priyanka says that she thought to give him some space. Ankit continues to make a sad face while Priyanka asks him to smile.

He tells Priyanka that if he would have talked to her earlier, she would have said that he is doing showoff. Priyanka tells him romantically that he doesn’t know how much she adores him and she tells him that she is a kind of girl who will get convinced by him even with just a hug.

Amidst PriyAnkit’s adorable interaction, Archana Gautam comes there and gets excited seeing them together. She keeps asking the them about how they decided to reconcile while Priyanka and Ankit seen blushing and jokingly says due to ration as Ankit didn’t get that. Meanwhile, Priyanka and Ankit fans are super happy seeing the duo back together.

Have a look at their reactions:

Cute Moments After patch up 🤭♥️🔥

The #Priyankit Patchup was the cutest moment of the episode today 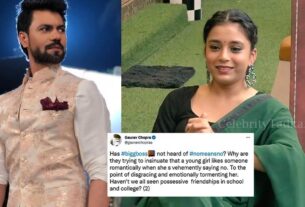 Bigg Boss 16: Gaurav Chopra extends support to Sumbul Touqeer, Questions makers, ‘Has bigg boss not heard of NO Means NO?’ 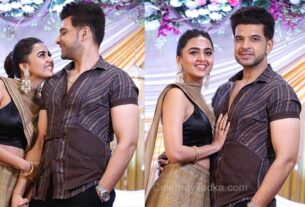 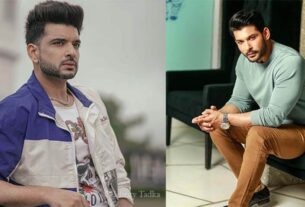 Karan Kundrra about Bigg Boss G.O.A.T Sidharth Shukla; “I believe there will be no season that will pass without remembering him”