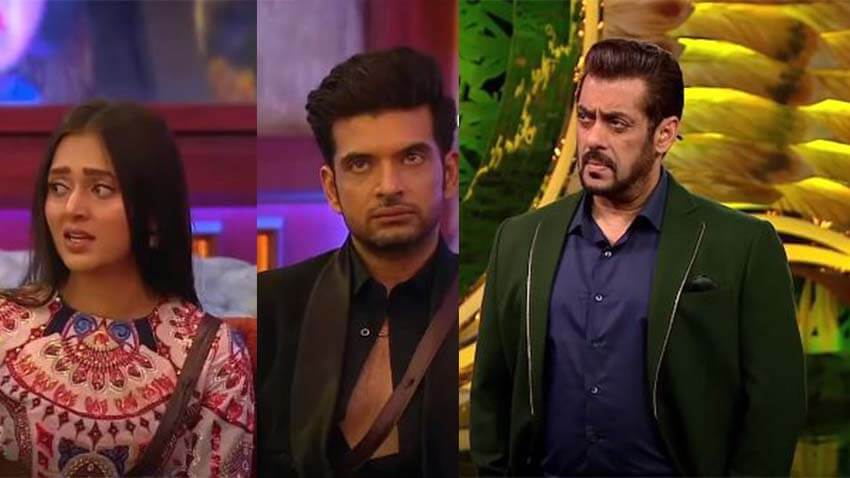 In today’s Bigg Boss 15 Weekend Ka Vaar episode, host Salman Khan will be seen interacting with housemates and schooling contestants for their wrong doings throughout the week. Salman will reprimand Karan Kundrra and Tejasswi Prakash for their game play. Last night, the show has witnessed 4 wild card entries that is Rashami Desai, Devoleena Bhattacharjee, Rakhi Sawant along with her husband Ritesh.

The channel has shared the new promo of Bigg Boss 15 Weekend Ka Vaar episode where host Salman Khan is seen telling Karan Kundrra that it seems like he is on a holiday. The ‘Antim’ actor says, “It feels like you are on a holiday. What has happened to you? Ishq mein nikamma?” He then tells Karan and Tejasswi Prakash, “If you both want to be seen, then you have to be seen for yourselves.” Further, Salman criticizes all the housemates for their dull gameplay saying that they had to bring ex Bigg Boss contestants to wakeup them. He further adds, “You all don’t stand a chance.”

Later, during a task, Devoleena calls Shamita Shetty, ‘dogla’. Salman questions Devoleena why she called Shamita ‘dogla’, Devo explains her points. Not only this, actor Ravi Dubey and Ravi Kishan will also enter the house and play a game with them. During game, Rakhi’s husband Ritesh speaks in support of her in front of Umar Riaz.

The Weekend ka Vaar episode will also witness Neha Dhupia’s entry in the show for the first time as a guest. Neha will grill all the contestants in her style. Apart from this, Bollywood actor Suniel Shetty, Ahaan Shetty and Tara Sutaria will appear on the show for the promotion of their film ‘Tadap’. 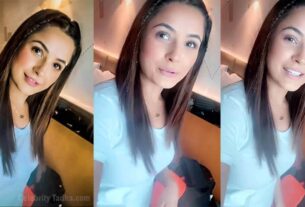 Shehnaaz Gill showers love on fans as her Hashtag crosses 5 Million on IG; Actress receives compliment from her Team for her stunning Makeup 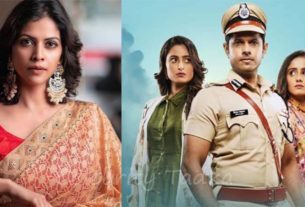 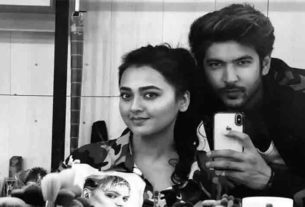