After the conclusion of Bigg Boss season 15, the channel is now gearing up for their much-loved stunt-based reality show Khatron Ke Khiladi season 12. Ever since the news of Rohit Shetty’s Fear Factor-Khatron Ke Khiladi has been out, many celebrities’ name is doing rounds in media about being part of season 12. Among these names, one is Bigg Boss14 winner Rubina Dilaik.

Last season also, Rubina’s name was out for KKK11 but that time she had returned to her old show Shakti-Astitva Ke Ehsaas Ki. Rubina’s husband Abhinav Shukla was part of Khatron Ke Khiladi season 11 and grabbed lot of attention with his amazing game play in the show. The last season of KKK was a big hit which was won by Arjun Bijlani.

And now, as the new of Khatron Ke Khiladi 12 is out, Rubina Dilaik’s name once again doing rounds to be part of the show. There is news that the actress has been approached for the season. ALSO READ: Rubina Dilaik receiving ‘Hate mails’ for gaining weight; Actress Slams Pseudo fans, “For you, my physical appearance is far more important than my talent”

However, in an interaction with India Forums, Rubina Dilaik reacted on the news of her doing the stunt based reality show. The actress clearly denied participating in Rohit Shetty’s reality show.

The actress quoted saying, “I am not doing Khatron Ke Khiladi. It’s a just a rumour just like I was doing Naagin.”

Apart from Rubina Dilaik, the names that have been coming up in the media for KKK 12 are Bigg Boss 15 contestants Umar Riaz. Pratik Sehpal and Rajiv Aadita, among others. 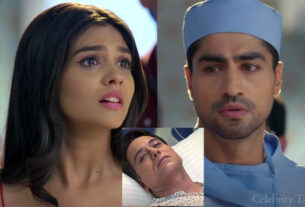 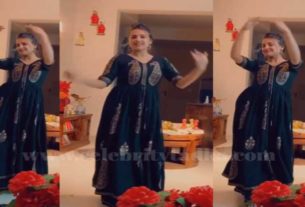 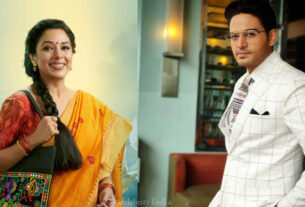 Anupamaa: Gaurav Khanna reveals if he’s similar to his character Anuj in real life; Also opens up on joining the show midway