In the latest Weekend Ka Vaar episode of Bigg Boss 14, host Salman Khan slammed Arshi Khan for provoking and targeting Vikas Gupta to that level, that he ended up throwing her into the pool. And, because of which he was asked to leave the house.

However, in the upcoming episode of Bigg Boss 14, Vikas Gupta will be seen returning to the show. The channel has dropped the new promo wherein Vikas Gupta seen entering the house. In the promo, Aly seen excitedly shouting, ‘Dekho Vikas Aagya’. All housemates seen happy with Vikas‘ entry, Rubina hugs him and other housemates also meet him.

However, Arshi was seen surprised on his re-entry. While Vikas meets everyone, Arshi asks him, ‘Excuse me! Mr. Vikas Gupta, do you want tea?’, to which he replies in the same tone, ‘No ji’. Later, Arshi was heard saying, ‘oh god! he’s so irritating’.

On the other hand, Kashmera Shah has been evicted from the show in yesterday’s episode due to less votes. And, in a surprising turn host Salman Khan made Rubina Dilaik the new captain of the house by taking away Aly Goni‘s captaincy. 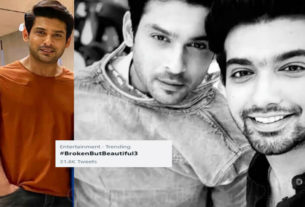 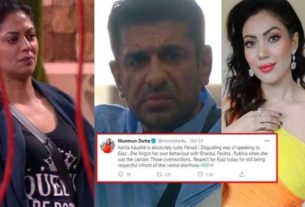 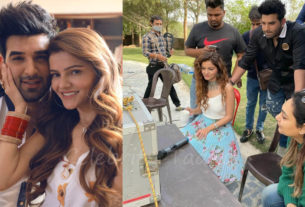