The trio has entered the BB14 house with the newcomers during the grand premiere. Now, after stepping out from Bigg Boss 14 house, Sidharth made his first tweet thanking his fans for their support and also mentioned about the amazing time he spent with both Hina and Gauahar Khan.

Ha tweeted, “Hey guys thanks a ton for all the support I enjoyed outside while I was in the #BB14 house it really means a lot .. was very skeptical about our bonding but i surprisingly had an amazing time with both @GAUAHAR_KHAN and @eyehinakhan.”

The trio shared a great bonding inside the Bigg Boss 14 house. Their fun-loving equation was one of the major highlight of the show. From flirting, to goofing around, from recalling memories to supporting each other, the three has wowed everyone with their amazing equation. They even had arguments, fights, disagreements in opinions during tasks, but always get back to normal after sometime. The three always seen spending time together, teasing and pulling each other’s leg, massaging, serving food to each other and a lot more.

Also Read: After stepping out from Bigg Boss 14 house, Hina Khan made her First Tweet dedicated to Sidharth and Gauahar 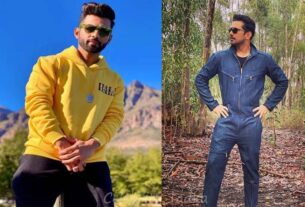 Rahul Vaidya on Friendship with Abhinav Shukla; “I won’t say that we are good friends, but we are cordial as colleagues” 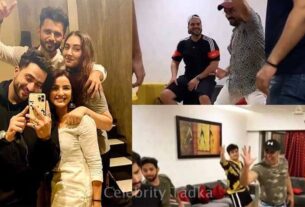 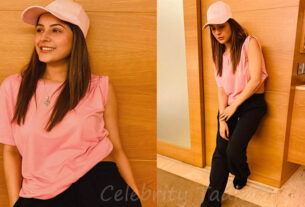 Shehnaaz Gill looks uber cool in This pink top with trousers; Fans are drooling over her Stylish look -SEE PHOTOS