In the first week of Bigg Boss 14 itself, the entire house was nominated for eviction. The contestants were given various chances to get immunity to save themselves from getting eliminated. During the tasks, Nikki Tamboli and Pavitra Punia managed to win the immunity. Nikki even becomes the first confirmed contestant on the show and got special powers just like seniors.

Now, in the latest promo of Bigg Boss 14, BB asked seniors to take the decision of whom to eliminate. The new nomination task will be held in today’s episode and out of the nominated contestants, the seniors Hina Khan, Sidharth Shukla and Gauahar Khan will decide and show the door to one contestant.

Now, if a tweet by The Real Khabri is to be believed then, it is Punjabi actress-singer Sara Gurpal who has been eliminated from Bigg Boss 14. The tweet reads, “Yes Its Confirmed @SGurpal has Been Eliminated From the House By The Seniors.”

Well there is no confirmation on the information yet but it’s indeed a shocking one.

Also Read: Bigg Boss 14 Contestant Nikki Tamboli Calls Sidharth Shukla and Gauahar Khan her Inspiration; Says, “They took a stand for themselves and their friends” 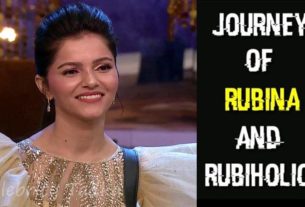 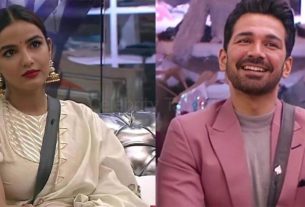 Bigg Boss 14: Jasmin Bhasin on Abhinav Shukla’s game; Says, “He is still in the show because Rakhi saved him” 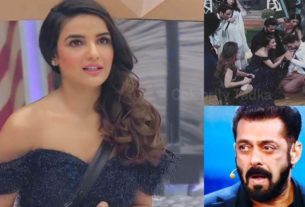 Bigg Boss 14: Evicted contestant Jasmin Bhasin thanks her fans for their love & support; Also requests everyone to support Aly Goni