In the upcoming Weekend Ka Vaar episode of Bigg Boss 14, all contestants will face some harsh questions from the viewers of the show via a video call. Host Salman Khan will be seen schooling the contestants for their wrongdoings. The channel has dropped the new promo where a girl is seen questioning Aly Goni that why he never says anything when Rahul calls Abhinav Shukla and Rubina Dilaik ‘Nalla’.

In another promo, a boy questions Nikki Tamboli about how she discusses about Rahul Vaidya‘s undergarments with Abhinav Shukla and made fun of it. After hearing this, Rahul gets angry & calls Nikki ‘liar’ & ‘Dogli’ saying, “Isiliy teri priority nahi ban hai, ek number ki dogli hai, jhuthi hai tu’.

In tonight’s Weekend Ka episode of BB 14, Salman Khan will be seen taking class of Sonali Poghat for her abusive remarks & giving threats to Rubina Dilaik. He will also reprimand Abhinav Shukla for his behaviour towards his wife Rubina.

ALSO READ: Bigg Boss 14 POLL: Jasmin is evicted, now Who deserves to be in the Top 2 in finale? Rubina, Aly Goni, Rahul Vaidya or Eijaz-VOTE Here 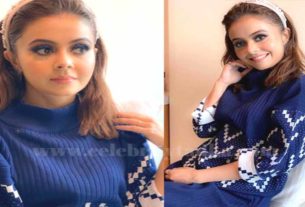 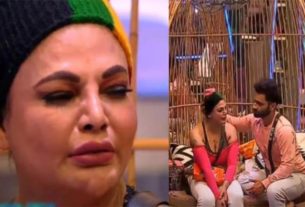 Bigg Boss 14: Rakhi Sawant makes a shocking revelation, says that her husband is a married man & has a child