In the latest episode of Bigg Boss 14 (October 20, 2020), we saw Bigg Boss called Rubina Dilaik in the confession room. He asked her if she was fine. Rubina went on to complain about being upset at host Salman Khan‘s comment. She also expressed her displeasure towards the proceedings of Bigg Boss 14 as she feels disrespected on the show.

Although, she accepted and agreed to the facts that she has not watched the show and is a failure but said that she was hurt with the fact that Salman addressed her husband as a ‘samaan’ and her belongings as ‘kachra’ in the previous episode.

In the recent Weekend Ka Vaar episode, Salman Khan joked with Rubina and her husband Abhinav Shukla about a thing where Salman called Abhinav ‘saamaan’ in reference to her getting her ‘saamaan’ from BB Mall.

Rubina tells BB that Salman‘s statement, “yeh samaan aap lekar aayi hain” was like a ‘punch in the gut’. She further adds that whatever was said by the host was disrespectful. Rubina Dilaik also mention how she finds this derogatory and even talked to Bigg Boss about quitting the show.

After that, Abhinav called inside the confession room and BB tells the couple to discuss with each other about the decision of quitting the show. Bigg Boss himself tried to mend things and even mentioned how it was in jest and nothing else.

However, the Shakti actress continued to have a problem with it, then Bigg Boss tells Rubina that they will tell Salman to not joke with her and Abhinav. The two immediately stated that no they would not like things go that way. 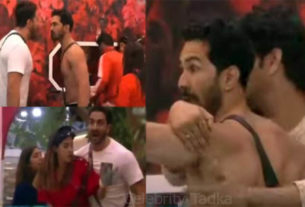 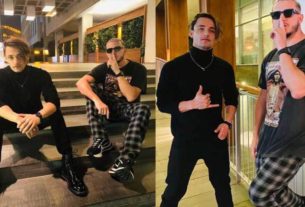 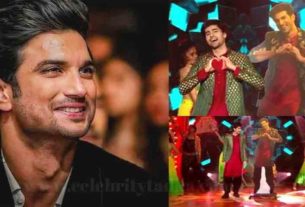