In the upcoming episode of Bigg Boss 14, we will witness a massive fight between Rakhi Sawant & Jasmin Bhasin–Aly Goni. The channel has dropped the new promo wherein Rakhi Sawant seen getting into an ugly fight with Aly Goni. Later, she got into massive argument with Jasmin Bhasin.

During her fight with Jasmin Bhasin, both girls come too close and hurl abuses at each other. Further in the promo, when Rakhi was seen sitting in dining area along with Aly Goni, Jasmin comes and puts a giant toy head on Rakhi‘s face which hurt her nose badly. Rakhi loses her cool and while crying in immense pain, she repeatedly bangs her head on the glass table. 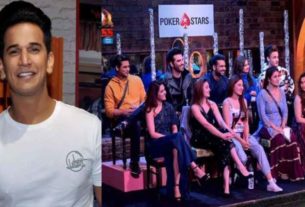 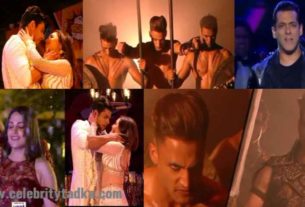 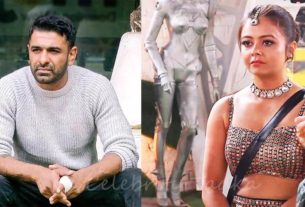