The drama, chaos, fun & fight continues to great extent in Bigg Boss 14 house. The makers are leaving no stone unturned to bring new twists and turns in the house. In the latest Weekend Ka Vaar episode, Jasmin Bhasin got evicted from Salman Khan hosted show. Now, in the upcoming episode of Bigg Boss 14 we will witness the new captaincy task.

In the new captaincy task, housemates will have to sacrifice themselves for other housemates to make them the new contenders. And this week, Rahul Vaidya, Nikki Tamboli, Eijaz Khan and Abhinav Shukla are the four captaincy contenders.

As per online reports, Rakhi Sawant will sacrifice herself to bring Abhinav to the front while Rubina Dilaik, Aly Goni, and Arshi Khan will give away their chance to see Nikki Tamboli, Rahul Vaidya, and Eijaz Khan to compete in the captaincy race.

New Captaincy Task in the House
HMs have to sacrifice themselves to bring other HM in the task#RakhiSawant Sprayed on her and broght #AbhinavShukla in front pic.twitter.com/HJVkFADeaE

Meanwhile, in the ongoing captaincy task titled ‘Mere Saamne Wale Chajje Pe‘ the housemates will be divided into two teams – Team Abhinav Shukla and Rakhi Sawant. Rakhi‘s team includes Eijaz Khan, Sonali Phogat, Aly Goni and Rahul Vaidya. Abhinav‘s team has Rubina Dilaik, Nikki Tamboli and Vikas Gupta. As per task, Rakhi‘s team will have to click a photograph of Abhinav‘s team members and Abhinav‘s team will defend themselves by setting up a wall.

During the task, Abhinav‘s team members will steal Rakhi‘s camera and hide it somewhere in the house. Rakhi‘s team will try to find the camera, Eijaz warns that he will create a mess and turn the house upside down if he starts looking for the camera. Nikki gets into argument with Eijaz and dares him to find the camera. Rubina shouts at Rahul for spreading her stuff in the luggage room, Rahul yells back at her saying, ‘Toh bata de mujhe camera kahan hai’.

ALSO READ: Bigg Boss 14: Vikas to exit the house due to Health reason; Arshi Khan cries as she did not believed Gupta when he complained of going through the pain 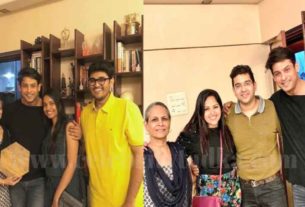 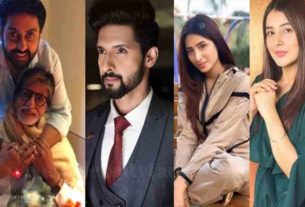 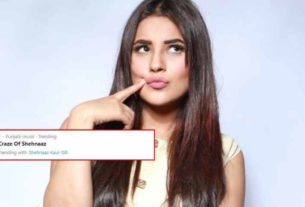 “Craze Of Shehnaaz” Trending at No 1; Shehnaaz Gill Is Overwhelmed with Love and Support shown by her Fans; Says, “Very grateful to you All”