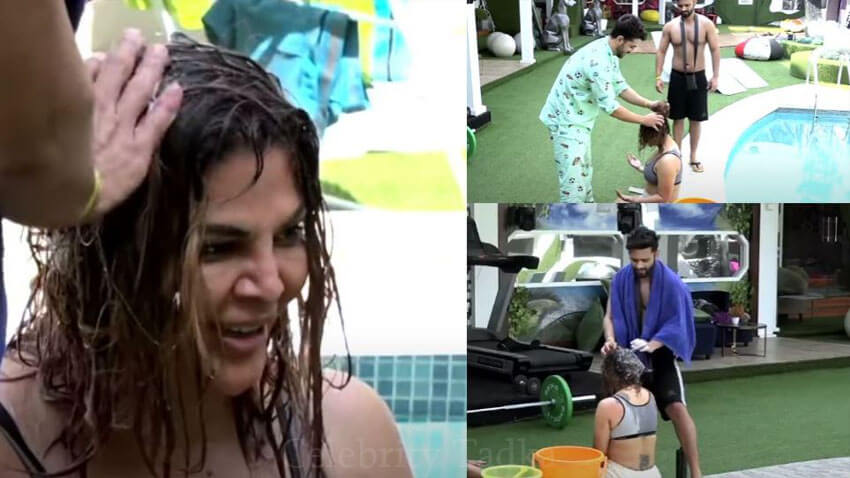 In the upcoming episode Bigg Boss 14, we will witness lot of drama and entertainment as Aly Goni & Abhinav Shukla‘s fight during task will continue. The channel has dropped the new promo wherein Rakhi Sawant seen in a full entertaining mood as she takes bath outside in garden area as bathroom are sealed by Bigg Boss for a task.

As bathroom area is locked, no one can take a bath so Rakhi Sawant came up with a solution and brings a bucket of water in the garden area. In the promo, Rahul Vaidya is seen giving a shampoo bath to Rakhi. Later, the actress asks Aly Goni too to rub conditioner on her hair. The scene was really hilarious as they all were laughing. While giving Shampoo bath to Rakhi, Rahul is seen singing, ‘Thande Thande Paani Se Nahana Chahiye’. Rakhi, on the other hand, says that she has never took a bath like this in life. Rahul then says, “Aaj hamare bhaag jag gaye.”

In another promo, Aly Goni & Abhinav Shukla seen getting into nasty fight during task. Aly & Abhinav‘s fight gets intense as they both get into a physical fight, and make use of cuss words. Not only this, Nikki Tamboli & Vikas Gupta will also gets into heated argument as Tamboli accuses him of kissing girls. During their fight, Devoleena slams Nikki for always playing woman card. 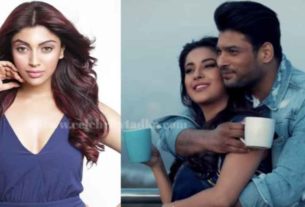 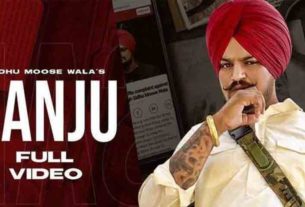 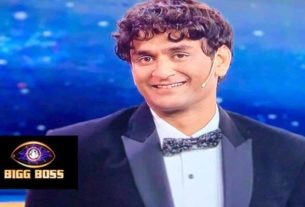 Bigg Boss 14: Vikas Gupta Evicted from the Show due to physical violence with Arshi Khan