An emotional wave is going on in the Bigg Boss 14 house as contestants get a chance to meet their family. In yesterday’s episode of Bigg Boss 14, Nikki Tamboli and Abhinav Shukla were seen meeting their loved ones. And, Aly Goni too got a chance to video call her sister Ilham Goni. In upcoming episode we will see Jasmin Bhasin getting emotional on seeing her parents.

Ex Khatro Ke Khiladi contestant Jasmin Bhasin’s mother and father comes to meet her. She got really emotional and broke down on seeing her parents in front of her and runs towards them. In the promo Jasmin’s father is seen telling her, “Pehle jo Jasmin aayi thi vo vali Jasmin vapis chahiye.”

The promo further shows Eijaz Khan meeting with his elder brother Imran and breaking down in tears. Rakhi Sawant is seen talking to her mother with teary eyes through video call and asking her if Ritesh would come or not.

Watch this tonight at 10:30 PM.
Catch it before TV on @VootSelect.@BeingSalmanKhan #BiggBoss2020 #BiggBoss14 #BiggBoss #BB14 pic.twitter.com/qO1thBR4sq

In previous episodes Jasmin Bhasin faced a tough time in BB14 house. She was indulged in a fight with Rakhi Sawant. She forcefully puts the duck head on Rakhi’s face. Due to this Rakhi’s nose got injured. Even host Salman Khan reprimanded her for her wrong behaviour towards Rakhi. He even told her that she is looking really bad on the television. Recently Jasmin Bhasin has also got nominated by Bigg Boss along with Aly Goni, Rubina Dilaik and Abhinav Shukla.

ALSO READ: Bigg Boss 14: Rakhi Sawant to become the Next Captain of the house? 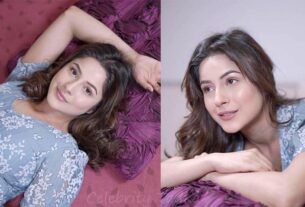 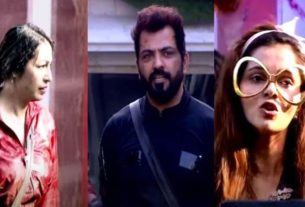 Bigg Boss 14: Rubina Dilaik yells at Manu Punjabi & tells him to ‘Be Fair’ in the Nominations task 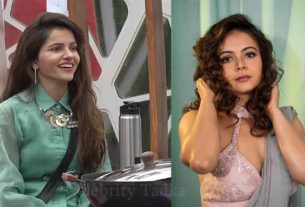