In the latest episode of Bigg Boss 14, Rahul Mahajan eliminated from the show. Later, we witnessed massive tussle between Rubina Dilaik and her husband, Abhinav Shukla. He was seen taunting Rubina over poking fun at Rakhi Sawant and creating drama over sleep for which host Salman Khan has already reprimanded her.

Their argument got intense when Rubina loses her cool. Not only this, Rubina along with Abhinav Shukla, Aly Goni and Jasmin Bhasin has even got nominated for eviction this week as a punishment for discussing nominations.

Now, the channel has dropped the new promo wherein Rubina and Arshi Khan again seen getting into argument. Arshi seen slamming Dilaik and taunting her for breaking rules of not discussing nominations.

The promo further shows Rakhi Sawant sitting in confession room where Bigg Boss asked Sawant on how she is feeling. The actress went on to mention how she really misses her husband (yet unseen) as here she can see ‘all husbands’ especially Abhinav Shukla. As Rakhi Sawant will continue to talk about her husband, she will ask Bigg Boss if there’s any surprise awaiting for her.

The promo hints at all those rumors about Rakhi‘s husband entry in the show. It will interesting to watch if he enters the house as no one has ever seen Rakhi‘s husband. 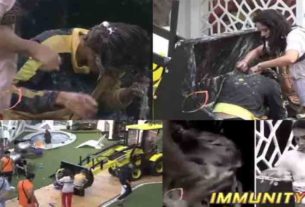 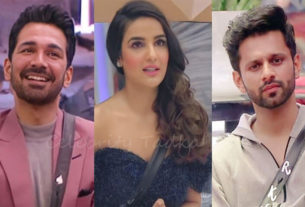 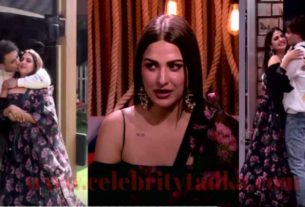 Bigg Boss 13 Asim Riaz goes down on his knees for Himanshi Khurana, proposes, Will you marry me?