Rubina Dilaik sister Jyotika Diliak has entered the Bigg Boss 14 house as her connection to support her in the show. BB 14‘s evicted contestant Jasmin Bhasin, who also entered the house to support beau Aly Goni, has said many negative things about Rubina & Abhinav after coming out from the show. Before entering the BB 14 house, Jyotika has called out Jasmin for her mean comments about her sister Rubina Dilaik in an interaction with ETimes.

During interaction with ETimes, Jyotika mentioned that Jasmin has never proved her friendship for Rubina while her sister has always been there for her. She quoted saying, “I really feel sad that Jasmin has been saying such negative things. I had seen on the show that Rubi didi had tried a lot from her side to mend things with Jasmin and continue their friendship. Bigg Boss is a show where each girl wants to be seen beautiful onscreen because they are 24/7 on camera. But during a task where she had to save Jasmin she sacrificed it. But during Jasmin’s turn she did not sacrifice.”

She added, “When Jasmin had a fight with Rahul, Rubina stood by her but ultimately what happened Jasmin became pally with Rahul and Rubina and Rahul became enemies for the entire season. She has never taken a stand for Rubina or tried to prove her friendship. And now she’s saying all these mean things outside it is very disheartening.”

Speaking about Aly Goni having problems with her sister Rubina and brother-in-law Abhinav, Jyotika said that she have seen Aly Goni talking ill in their absence. She further said, “He had even said about Rubina that this woman wanted to run away from the house during 4th week itself saying that Salman is making a joke of my husband. He was actually taking a dig at Rubina and making fun of her but when Jasmin went out Rubina was the one who consoled and took care of Aly. He not for even once realised that she is the same woman who takes care of him and he shouldn’t talk nonsense.”

She quoted, “I’ve this one problem with Aly that if he really considers Rubina his sister for once he should show that concern and show how sisters are loved. If I get a chance I will definitely talk about these things inside the house. Because deep inside I always wanted Jasmin, Aly, Rubina and Abhinav to be friends as they were couples and initially they got along also. But things did not go that way.” 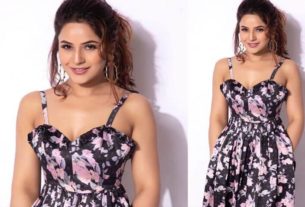 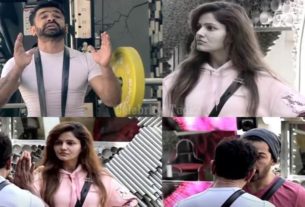 Bigg Boss 14: Rubina Dilaik & Eijaz gets into Heated argument; Abhinav warns Khan says, “Do not come close to my wife, No physical touch” 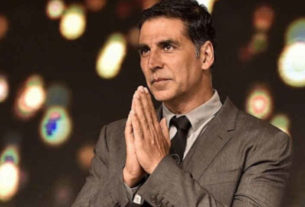 Covid-19 Outbreak: Akshay Kumar to Release reprise Version of Teri Mitti Song as a Tribute To All Doctors