The contestant, who emerged out as one of the most strongest player of this season to win the trophy is Rahul Vaidya. The singer has grabbed lot of attention with his amazing gameplay and gained massive fan following. Ever since Rahul has entered the Bigg Boss 14 house he’s making lot of headlines, From his nepotism remarks to his nasty fights, From marriage proposal to girlfriend Disha Parmar To friendship with Aly Goni, he was always in news.

Here’s Why Rahul Vaidya is a winning material for the show and Why the singer deserves to lift the ‘Bigg Boss 2020‘ trophy.

If we talk about entertainment we cannot deny the contribution of Rahul towards the show. The handsome hunk has entertained viewers with his amazing gameplay during task & his fun antics. Rahul has entertained everyone with his humour, one-liners, mimicry, love, friendship, fights, romance etc. The singer has shown his all side and won many hearts with his entertaining personality.

Rahul has emerged out as one of the strongest contestants of 14th season of Bigg Boss. He always took a stand for the right, never hesitated to put his points, played the game individually, sat with housemates when they needed mental & emotional support and also empathised with co-contestants. Even host Salman Khan once praised Rahul for being the only contestant to empathise with housemates. On one of the Weekend Ka Vaar episodes, Salman Khan lauded Rahul Vaidya for being empathetic towards housemates. He said that Rahul is the only one with crystal clear thoughts and ideas in BB 14. Khan praised him for standing with contestants when they needed support. Salman said, ‘Humdardi ka asli emotion sirf aap me dekhne ko mila is pure season mein’. He also mentioned instances when Rahul was there for Rakhi Sawant and Devoleena Bhattacharjee when they needed. Rahul‘s strong & humble nature has always been a talk of the show. He was often seen speaking for people who were not his friends when they got into fights in the BB house. He might have been wrong or right but this did not stop him from expressing himself.

Rahul has never afraid away from calling a spade a spade. The singer fought his battles and fights openly without beating around the bush or talking behind someone’s back. He never played on back foot and always called out contestant when they were wrong. Rahul‘s fights with co-contestant Rubina Dilaik & her husband Abhinav was the major highlights of the show. From taking out nepotism topic on national television to his nasty arguments with Rubina, Abhinav, Pavitra & other housemates, Rahul has always shown his strong, fearless and straightforward side.

The singer has performed every task in the show with utmost dedication and diplomacy. Rahul gave his best in every task and his winning attitude during the game is one of the reason which makes him strongest and deserving player to win this season.

Rahul Vaidya shared a good bond with co-contestant Aly Goni in the show. The two have been friends since Day one when Aly entered the Bigg Boss 14 house. Whenever Aly needed support, Rahul was always there for him. After Aly was eliminated from the show, he stood by his girlfriend Jasmin Bhasin, even though he didn’t share a great bond with her at that time. Rahul many time said that he has found a brother for life in Aly. There have been times when he could have doubted Aly‘s friendship but he trusted him completely and never doubted his decisions in the tasks. Rahul also shared a sweet & sour equation with Nikki Tamboli. After Aly‘s entry Rahul‘s equation with Jasmin also got better slowly.

On the other hand, Rahul Vaidya had never shied away from expressing his love for girlfriend Disha Parmar on national television. He often got emotional when Salman or anyone else mentioned Disha. The singer was elated when the actress entered the house on Valentine’s Day and accepted his proposal in person. 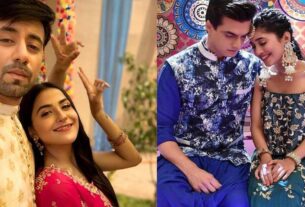 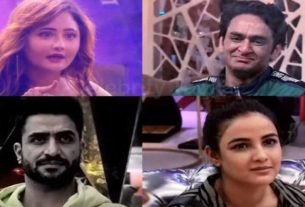