Bigg Boss 14 contestant Eijaz Khan, who recently left the show due to prior work commitments, has now opened up about his re-entry in the show. After Eijaz‘s exit from the BB 14 house, ex-contestant Devoleena Bhattacharjee has entered the house as his proxy & playing the game in his place.

Now, in an interview with India.com, Eijaz has finally revealed when he’s going to enter the house. Eijaz said that he’s doing a double shift and excited to go back into the house. The actor didn’t reveal the exact date, but said that he’ll enter the show in the first week of February.

Eijaz quoted saying, “We are trying to finish everything in the first week of February. Kuch dates ke issues hue hain. Meri taraf se nahi hue hain, dusre artistes ki taraf se ho rahe hain. This shoot was going to get over by February 2020. We are in 2021 now. This was an extraordinary time. The production was very accomodating. Bigg Boss changed my life. I am being so pampered on sets today.”

Revealing the date, Eijaz said, “Much much much before that. If everything works out, I am coming back in the first week of Feb itself.”

Eijaz Khan also talked about his ladylove Pavitra Punia and revealed how leaving her outside to go back in BB 14 would be so painful. The actor said, “I don’t know what am I going to be doing without her. It’s a horrible feeling. My heart is going to be torn apart. I don’t even know what to tell her. Main selfish reason se andar ja raha hun, mujhe finale me ana hai. Meri queen ko main chhod ke ja raha hun. Uska kya hoga, mere dil par kya beetegi. She is very very supportive. She’s smarter than me. She’s more intelligent than me. Aur kya kahu uske liye.”

ALSO READ: Bigg Boss 14: Kamya Punjabi on Eijaz Khan’s behaviour during media interaction; “I saw a sudden change in him after he went out of the house, he sounded over- confident” 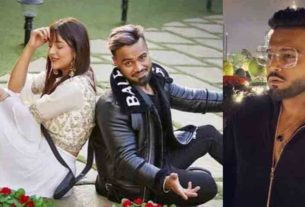 MSK fame Indeep Bakshi Reveals his New song is Inspired by Shehnaaz Gill; Talks about Collaborating with her 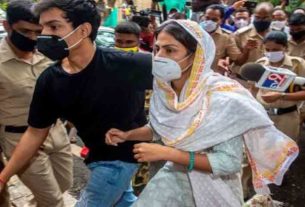 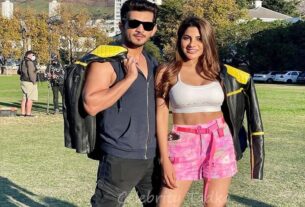