Bigg Boss 13 contestant Devoleena Bhattacharjee has entered the season 14 of controversial reality show as a proxy of Eijaz Khan, who has left the show owing to prior work commitments. Before entering the house, Devoleena has spoken about her game plans for BB 14 in an interview with ETimes.

Speaking about her game plan for Bigg Boss 14, Devoleena quoted saying, “I never think about what I need to do, and I think that is my USP. When you let your real personality show, the audience likes that. Viewers can tell. So, I am not going with any baggage inside. And I won’t let my bahu image affect my performance in the house! I have never prepared for it. If you over-prepare, it backfires. Also, dynamics change once you are inside the house. You might like someone from outside, but it might turn out to be completely different once you go inside the house. I will be the way I am. Just because a contestant is liked by people outside, doesn’t mean that I will be nice to them. I could end up forging a bond with someone, who may not be popular outside, you never know!”

On entering the house as Eijaz‘ proxy, the actress quoted, “I am joining the show as Eijaz’s proxy. He had established himself well and understood the game well. I will take his game and his interpersonal equations with other contestants forward. I will not spoil the dynamics that he has already established on the show nor will I will not ruin any relationships and commitments with his friends. At the same time, I will ensure that I don’t call out the wrong things. As a proxy, I will definitely share my opinion and I’m sure that will enhance Eijaz’s game in some way.”

She also said that she did find Eijaz wrong sometimes and will resolve those mistakes. She added, “There have been times when I felt he was in the wrong. So, I will try and resolve those issues as well. Fortunately, I don’t take much time to understand people. I am a good judge of people and follow my instinct.”

Talking about Eijaz Khan‘s aggressive behaviour during the tasks, Devoleena quoted, “That’s true. I can continue a fight in a fun manner, too. I don’t need to be aggressive in order to win a fight. I can conclude an argument in an entertaining manner as well. I have the talent of taunting people in a polite way (laughs!). Even if I want to make someone feel bad, I have my own dun way of doing it!” 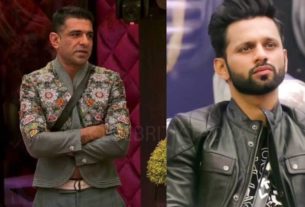 Bigg Boss 14: Eijaz Khan sort out his differences with Rahul Vaidya; Says, ‘I am worried that I will raise my hand on you’ 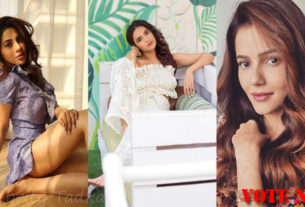 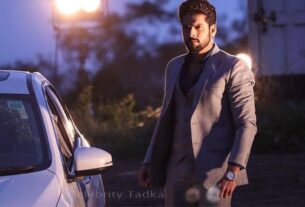 Mehndi Hai Rachne Waali: Sai Ketan Rao Opens up on exploring different platforms; “I would surely want to do a web series or film”