Popular South Indian actress Nikki Tamboli is currently locked inside the Bigg Boss 14 house as one of the contestant. The actress has been one of the most entertaining contestants so far. From making housemates laugh with her silly antics To giving her best in every task, she is grabbing lot of attention.

Recently, Nikki Tamboli won the immunity and become the first contestant to get ‘confirmed’ in the BB house. Now, she has special powers just like seniors –Hina Khan, Gauahar Khan and Sidharth Shukla. Well, it will be interesting to see how her journey goes inside the house in the coming days.

The actress has recently spoke about finding love, any inspiration from ex-contestants and many other things before entering the BB house. In an recent interaction with Koimoi, speaking about finding love in BB house, Nikki quoted saying, “Yah. It’s a good feeling toh muje chip nahi payega, usko dabake nahi rak sakte, use bhag nahi sakte. Kitna bhagoge – kabhi na kabhi express karoge na? Jaise hai let it flow. I’ll go with the flow.”(It’s a feeling that cannot be hidden and cannot run away from. I’ll go with the flow.)

When asked about whether she was approached for south Bigg Boss as she is a popular name in south. Nikki replied, “Yeh pehle offer hua and I’ve always been a huge fan of hindi big boss. Maine woh waha ka dekha nahi (This was offered to me first. I’ve always been a fan of this version and haven’t seen those versions).”

Talking about from which former contestants, she takes inspiration, Nikki replied that, “Gauahar Khan aur Sidharth Shukla muje bahot pasand hai. The way they used to think, the way they used to act, aur jitne emotionally strong the aur apne aap ke liye bahot stand kiya, apne dosto ke liye bahot stand liya – unka sachapan, unke aache rahne ka style muje bahot pasand aaya toh mai kahi na kahi unse connect karti hu.” (I like Gauahar and Sidharth. How emotionally strong they were – how they took a stand for themselves and their friends, their honesty and truthfulness is what I like. I connect with them.) 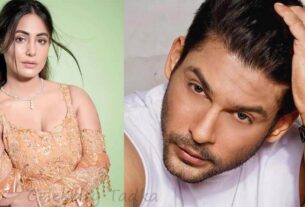 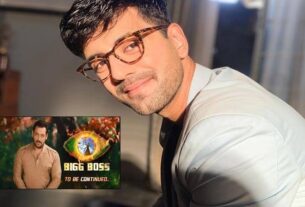 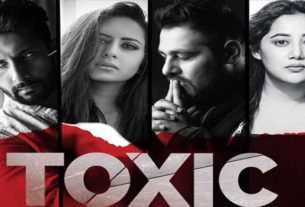