In the last night episode of Bigg Boss 14, we saw a nasty fight between Jasmin Bhasin and Rakhi Sawant. Rakhi was seen dressed up as a ghost ‘Julie‘ for captaincy task and entertaining everyone with her antics.

In the episode, Nikki Tamboli and Jasmin take Rakhi‘s fake duck mask and start kicking it like a football. Rahul, Aly & Eijaz also enjoys and teases Rakhi. Nikki says that they are playing football. All of a sudden, Jasmin takes that huge duck head and puts it on Rakhi‘s head which hurts Sawant‘s nose.

Rakhi starts crying yelling ‘meri naak’. The actress keeps screaming out in pain and repeatedly bangs her head on the dining table. Aly tries to stop Rakhi from hurting herself. Jasmin Bhasin says that Rakhi Sawant is just acting and nothing has happened.

Aly Goni, Vikas Gupta, Rahul Vaidya and all the men along with Sonali Phogat consoles Rakhi as she cries. Meanwhile, Jasmin questions that who gets hurt with a piece of thermocol? Housemates asks Jasmin to not mock Rakhi and just ask her if she is doing fine even if she thinks she is faking it.

Jasmin says Rakhi is just seeking attention and trying to spoil her image. Aly tells Jasmin to not poke fun at Rakhi as she is coming out as a negative person. Later in the episode, Bigg Boss calls out Jasmin for her actions saying that Rakhi‘s nose got hurt. Bigg Boss says he is annoyed with Jasmin as she did not understand the situation. Jasmin says Sawant banged her head on the table and put the blame on me. 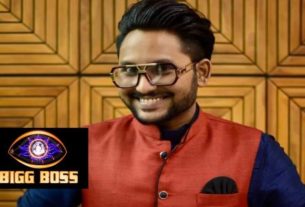 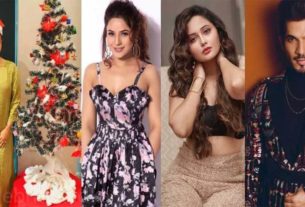 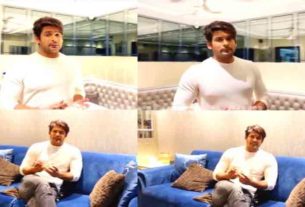