Bigg Boss 14 is creating lot of buzz and the makers are leaving no stone unturned to make this season super hit. Recently, actor Aly Goni also entered the Bigg Boss 14 house to support her friend Jasmin Bhasin. The handsome hunk is making lot of headlines on the show for all the right reasons. In Yesterday’s episode, Aly Goni seen cutely teasing Pavitra Punia and Eijaz Khan as he catches them hugging each other.

In the last night episode of Bigg Boss 14, Pavitra seen hugging Eijaz while he was outside the washroom area. While the two was having the mushy and romantic moment together, Aly Goni entered the washroom area. He saw them hugging and immediately took a u-turn and started teasing them saying, ‘Ye dono romance kar re the’.

Pavitra seen screaming, laughing and running behind Aly Goni to stop him to not reveal it to anyone. But it spread like wildfire in the house. While Pavitra being all shy, Eijaz confessed of hugging Pavitra and smiled.

In the upcoming episode of Bigg Boss 14, nominations task will continue. Bigg Boss will ask Eijaz Khan to destroy his pet dogs’ photo frame, which is very dear to him. Knowing how precious that frame is for Eijaz, Pavitra will ask him to not save her, and keep the photo frame with himself.

ALSO READ: Bigg Boss 14: Jasmin Bhasin emotional as She asked to Nominate Aly if She wants to save Rubina 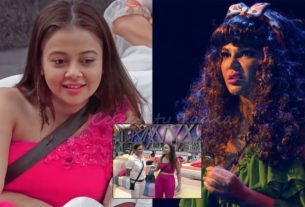 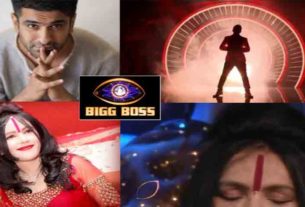 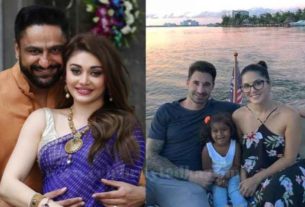