In the last night episode (June 13, 2020) of Bigg Boss 14, we saw Jasmin Bhasin fighting against Eijaz Khan, Nishant Singh Malkani and Rahul Vaidya in the task. Bigg Boss has assigned a farming task and contestant seen fighting to get the immunity. They were divided into teams A and B, Jaan Kumar Sanu, Rubina Dilaik, Jasmin Bhasin, Abhinav Shukla and Shehzad Deol were in one team.

While Pavitra Punia, Eijaz Khan, Nishant Malkani, and Rahul Vaidya in another. And, Nikki Tamboli was the ‘sanchalak’ of the task. During the task, contestants locked horns for the immunity, in order to protect themselves from the nominations. Actress Jasmin Bhasin managed to impress viewers with her performance in the task.

During the task, Jasmin seen trying to save the sheet of mud required for the task, Eijaz Khan literally dragged her while pulling the sheet. Bigg Boss then intervened and reminded all that this task is not of wrestling. Now, her rumoured boyfriend Aly Goni who has been supporting her since she entered Bigg Boss 14 house, has praised Jasmin for her fighting spirit.

Sharing the video of Jasmin and Eijaz fighting, he wrote, “My strong girl, sherni.” He then even tweeted about BB 13 winner Sidharth Shukla supporting and motivating Jasmin during the task. Aly wrote, “The way sidhrath was boosting jasmin in the task. loved it.. apni ladki sherni hai and yeh side bahar aani bohot important thi.” 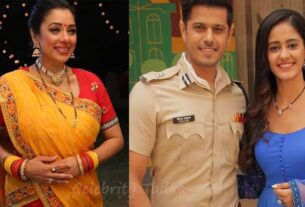 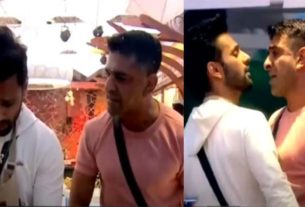 Bigg Boss 14 Promo: Rahul Vaidya and Eijaz Khan gets into ugly fight just a day away from finale week 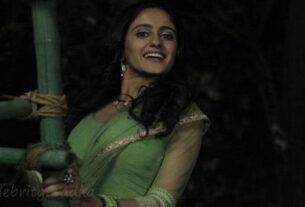