Bigg Boss 13 contestant Paras Chhabra’s girlfriend. Akanksha Puri has reacted to the playboy image Paras has developed inside the Bigg Boss 13 house. In a recent episode of the reality show, two contestants Mahira Sharma and Shehnaaz Gill was seen fighting over him.

In an interaction with The Times of India, Akanksha Puri said that the incident made her laugh. She said, “I saw the latest promo of Shehnaaz and Mahira Sharma fighting for Paras and I couldn’t stop laughing. He is doing a wonderful job on the show. If he is making two people lose their focus from the game and is making them fight for him. Then I would say he is a real winner. I am thoroughly enjoying myself while watching him on the show.”

When she was asked about the attention Paras is getting makes her jealous. Akanksha said that she is secure in her relationship. She further added, We are not teenagers to get jealous or affected by such petty things. I want to be his strength and not weakness. Don’t have any qualms even if he is flirting with anyone as I know about his strategy and game plans. I know he is mine and I don’t need to worry about anything.

While Bigg Boss contestant Paras Chhabra‘s girlfriend Akanksha Puri claims ‘he is mine‘ and she’s being supportive to him in every possible way, on the other side Paras Chhabra on camera said that he tried to end relationship with her many times. In the recent episode of the Bigg Boss. Paras Chhabra was seen talking about his relationship to Dalljiet Kaur and Aarti Singh. Paras was heard saying. I have tried to break-up with my girlfriend many times but couldn’t. Paras further said that every time he tried to end the relationship, Akanksha started crying. And he didn’t want to hurt her. He also said that she just comes and sits at his home. Now we audience are wondering if it is a game strategy and the couple had it all planned or what?

Also Read: Bigg Boss 13: Koena Mitra Talks About Her ‘Possessive’ Ex-Boyfriend Who Once Locked Her In The Bathroom 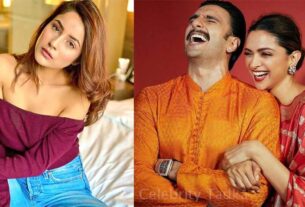 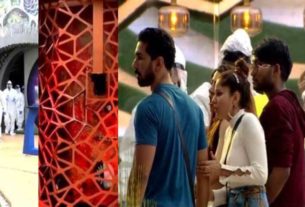 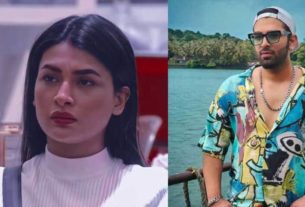 Pavitra Punia Hits Back at Ex-BF Paras Chhabra’s claim that she was married while dating him; Says, “I don’t need a character certificate from anyone”