The upcoming track Ayesha Singh-Neil Bhatt starrer Ghum Hai Kisikey Pyaar Meiin will witness huge drama as Sai finally gets Pakhi arrested in fraud case. The latest episode saw Pakhi telling Sai that she will not give her the child after giving birth and that Virat will himself handover the child to her. Sai gets shocked learning Pakhi’s real intentions and tells Pakhi that she is the real mother of child and she will take away her baby at any cost.

Sai furiously tells Pakhi not to test her patience else she will do something very bad to her. However, Pakhi mocks Sai and tells her that she will name the child either Vilekh or Vilekha (amalgamation of Pakhi-Virat’s name). This leaves Sai angry and she warns Pakhi that she will have to give the child back to her else she knows very well that once she gets anything in her mind then she does it at all cost.

Pakhi smirks and goes to dance with family happily. Later, Sai worries thinking about Pakhi’s intentions while Virat asks her what happened. But Sai didn’t tells him anything as she knows that he will not trust her and Pakhi will lie in front of him. So Sai tells Virat that she is waiting for her child and after his/her birth, she will not let anyone take it away from her.

ALSO READ: Sai SHOCKED as Pakhi refuses to give back her child after giving birth in Ghum Hai Kisikey Pyaar Meiin

Next morning, Virat brings breakfast for Pakhi and talks to his child. He tells his baby to become whatever he wants or he can be a doctor like his mother or a police officer like his father. Hearing this, Pakhi emotionally blackmails Virat telling him that after the delivery she will no more be the child’s mother.

Just then, Bhavani comes and tells Virat to come home early to take care of Pakhi in the evening as she will be alone because whole family going out for Bhoj. As family leaves, Pakhi enjoys being alone in the house and climbs stairs ignoring Sai’s instructions. She goes to Sai and Virat’s room and drops SaiRat’s photo frame in jealousy. However, she slips on the final stairs when she comes down and her labor pain starts. Pakhi calls Virat for help saying her labor pain started while Virat rushes towards home and tries to call Sai.

In the upcoming episode we will see Sai coming home with police and gets Pakhi arrested in fraud case saying she cheated her and the law. Police takes Pakhi to jail while Virat defends her and tells Sai to not take the matter to the police as Patralekha is their family member.

Sai gets furious that Virat still defending Pakhi even after knowing her truth. She strictly tells Virat that if someone tries to support Pakhi in her wrongdoings then she will have to take action against them too. Virat asks Sai if she will take action against him to which she says “Yes”.

Sai further threatens family that if anyone tries to bring Pakhi back then she will leave the house along with the child and will never come back. Family stands shocked hearing Sai’s warning. Will Pakhi succeed in taking away the child from Sai? Will Virat go against Sai to support Pakhi? 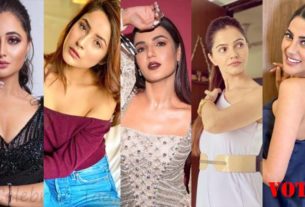 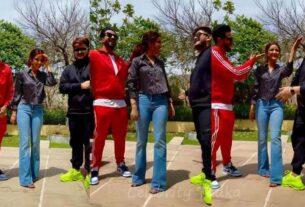 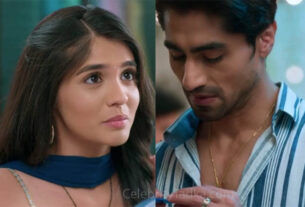