Sumbul Touqeer-Fahmaan Khan starrer Imlie has been keeping the viewers hooked with it’s interesting twists and turns. The upcoming track will see how Aryan gets Imlie arrested in the show. The ongoing storyline revolves around Cheeni who cries sitting inside an old hut, thinking about villagers harsh words. Just then, a man hired by Malini comes and puts the hut on fire and Cheeni gets stuck inside. Imlie and Aryan searches Cheeni everywhere and suddenly hears her voice.

Aryan and Imlie rescues Cheeni and both come out holding her hands. They finally see each other and gets shocked. They both confronts each other and vents out their anger and pain of 5 years of separation but it turns out to be their imagination.

Coming back to reality, the two sees each other while Cheeni takes Aryan’s watch from Imlie and gives it back to him. Cheeni tells Aryan that finally he met the reporter whom he has been searching since long. Aryan realizes that Imlie is that reporter because of whom Bhaskar Times reputation hot maligned. Aryan tells Imlie that he wants to talk to her but she denies it saying Cheeni needs her right now.

Imlie and Cheeni leaves from there and she checks Cheeni’s wounds asking asking her if she’s fine. Cheeni reveals that it was Aryan who saved her from Girish and also talks about helping Aryan when her mother was unwell. She also tells Imlie that she saw a rude person on video call and her name was Malini. Cheeni then confront Imlie about her Father but she fails to say anything. Imlie gets shocked hearing this while Aryan is in dilemma as he thinks about Cheeni’s relation with Imlie.

In the upcoming episode, Aryan asks Imlie to accept that she has spread false statements against Girish from the city and malign Bhaskar Times reputation. Imlie tells him that she’s isn’t at fault and that she is innocent. Aryan tells her that she have to show the proof if she’s innocent. Just then, police arrives and Aryan gets Imlie arrested. 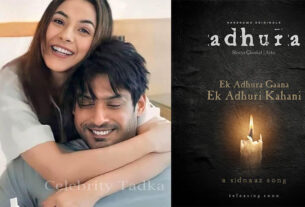 Sidharth Shukla-Shehnaaz Gill’s unreleased Music Video gets a new title ‘Adhura’; Makers to give Tribute to the late actor with this song 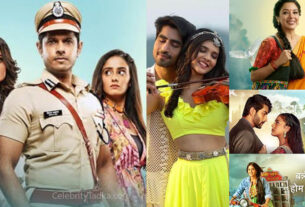 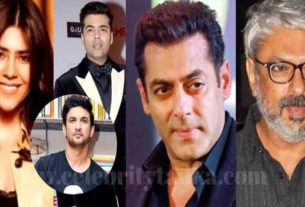