Arijit Singh is an Indian singer, music producer, recordist and music programmer. Arijit Singh was born on 25 April 1987 in Jiaganj,

Murshidabad, West Bengal to a Punjabi father and a Bengali mother. He began his music training at a very young age at home. His maternal aunt trained in Indian classical music, and his maternal grandmother used to sing. His maternal uncle played the tabla, and his mother also sang and played the tabla. He studied at Raja Bijay Singh High School and later at the Sripat Singh College, a University of Kalyani affiliate. He sings predominantly in Hindi and Bengali, but has also performed in various other Indian languages. Arijit Singh is regarded as one of the most versatile and successful singers in the history of Indian music and Hindi cinema. He made his career breakthrough after participated in the contemporary reality show, Fame Gurukul in 2005, and was discovered by filmmaker Sanjay Leela Bhansali and Kumar Taurani. He was taught Indian classical music by Rajendra Prasad Hazari and trained in tabla by Dhirendra Prasad Hazari. Birendra Prasad Hazari taught him Rabindra Sangeet (songs written and composed by Rabindranath Tagore) and pop music.

At the start of his singing career, he received nominations for the Upcoming Male Vocalist of the Year award at the 2013 Mirchi Music Awards for renditions of “Phir Le Aya Dil” and “Duaa”, winning the award for the latter. Arijit Singh received widespread recognition with the release of “Tum Hi Ho” and “Chahun Main Ya Naa” in 2013 which was a biggest hit of the year.

Arijit Singh’s musical career began when his guru Rajendra Prasad Hazari, who felt that “Indian classical music was a dying tradition”, he insisted him to leave his hometown and participate in the reality show Fame Gurukul 2005 at the age of 18. He got eliminated by audience polling, finishing in sixth place. During the show, filmmaker Sanjay Leela Bhansali recognised his talent and gave him “Yun Shabnami” song to sing which is scheduled to be used in his upcoming film Saawariya. During production, the script of the film changed and the song was no longer required in the film and it was never released. After the Fame Gurukul, Kumar Taurani, the head of Tips, signed him for an album which was never released.
After that he participated in another reality show 10 Ke 10 Le Gaye Dil, and He chose to move to Mumbai in 2006 to freelance, staying in a rented room in the Lokhandwala area of the city. He invested the prize money of ₹10 lakh from 10 ke 10 Le Gaye Dil to build his own recording studio. He became a music producer and began composing music and singing pieces for advertisements, news channels and radio stations.

In 2010, he started working with Pritam, he worked on three films—Golmaal 3, Crook and Action Replayy. He started with singing scratches in the Telugu Film Industry with the 2010 film Kedi with the song “Neeve Na Neeve Na” composed by Sandeep Chowta. In 2011, Arijit made his Bollywood musical debut with the Mithoon composition, “Phir Mohabbat” from Murder 2, which he recorded in 2009 but released in 2011. Apart from Agent Vinod, Arijit dubbed for Pritam in three other films Players, Cocktail and Barfi!. He sang on Vishal–Shekhar’s composition “Duaa” in the film Shanghai. For which he won the Mirchi Music Award for Upcoming Male Playback Singer award. He was nominated in the same category for “Phir Le Aya Dil” from Barfi!. He also sang for Chirantan Bhatt in 1920: Evil Returns for the song “Uska Hi Banana”.
Arijit singh’s major breakthrough came from movie Aashiqui 2 where he was a lead and key vocalist and came to prominence with the release of the song “Tum Hi Ho” which was a biggest hit. The song won him several awards and nominations including Filmfare Award for Best Male Playback Singer.
In 2019 Arijit Singh sang “Ruan Ruan” from film Sonchiriya composed by Vishal Bhardwaj and penned by Varun Grover, followed by “Mere Pyare Prime Minister” from Mere Pyare Prime Minister on composition of Shankar–Ehsaan–Loy and lyrics of Gulzar. In March he sang “Ve Maahi” with Asees Kaur from film Kesari tuned by Tanishk Bagchi and many more. In August 2019 Arijit came with a song Pachtaoge from album Jaani ve starring Vicky Kaushal and Nora Fatehi.

Arijit’s vocals and Musical style is brilliant. He mentioned in an interview with Times of India that he has a “natural voice” and said he did nothing special to maintain it. Shekhar Ravjiani of the music director duo Vishal–Shekhar wrote that Arijit’s “vocal texture is brilliant. The way he emotes and the soul he puts into each song is exemplary.
Arijit has idolized Ghulam Ali, Jagjit Singh and Mehdi Hassan. He also had shared his fondness for Kishore Kumar and Mohit Chauhan, with whom he is often get compared. Though he has been inspired by many artists, he named KK as his favourite singer along with Ayushmann Khurrana. He named Vishal–Shekhar, Pritam Chakraborty, Shankar–Ehsaan–Loy, Amit Trivedi, Mithoon and A. R. Rahman as his favourite music directors.

The GiMA, honoured him with awards for his rendition of the song “Soch Na Sake”, He was subsequently honoured for his rendition of the most popular film and radio song “Gerua”, and the most streamed song “Sanam Re”. He also won the (IIFA) award in the category of Best Male Singer for the song “Tum Hi Ho” in 2014. At the 23rd Star Screen Awards he was awarded with the title of Best Male Playback Singer for his rendition of the song “Zaalima” and songs of Jagga Jasoos. At the 63rd Filmfare Awards of 2018, he was awarded the Best Male Playback Singer for “Roke Na Ruke Naina” from Badrinath Ki Dulhaniya and was nominated for “Zaalima” from Raees. With this win, he won the Filmfare award for four consecutive years. At the 66th National Film Awards of 2019, he was awarded with the Best Male Playback Singer for “Binte Dil” song from movie Padmaavat. 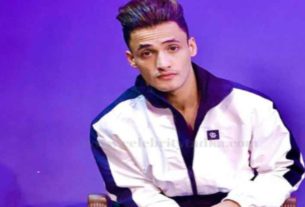 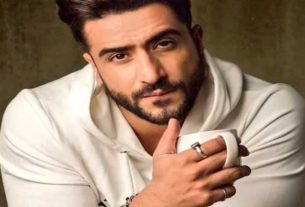 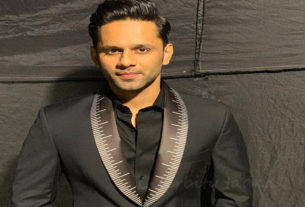