Rupali Ganguly-Gaurav Khanna starrer Anupamaa gearing up for high-voltage drama in the upcoming episode as Vanraj will return home amid Kinjal’s baby shower and creates huge drama as he slaps Adhik. The latest episode saw Rakh Dave instigating Barkha against Anupama by telling her that even though she is the elder daughter-in-law, all the property belongs to Anu.

Barkha replies to Rakhi that she is not the type to fight over property and knows that Anupama has a good heart. However, Rakhi continues to provoke Barkha and says that Anu wants everything just like Kapadia house, Business, Bapuji’s Kaarkhana, Dance academy etc. Anupama overhears there conversation and tells them that she really wants to have everything and there is no lie in that. Au states that when she can have every bit and piece of her life and live life while balancing her duties, then she will gladly do so.

Later, the entire family gathers together and resumes the fun activities, the whole family decides to play a game called “the wheel of fate”. Further, Anupama praises Rakhi for her determination in working and raising her daughter Kinjal all by herself. Rakhi gets emotional and shares a hug with Anu but soon after returns to her old avatar.

In the upcoming episode we will see Adhik holding Pakhi’s hand and taking her outside while family continues to enjoy the dance in the living room. However, the celebration doesn’t lasts ling as Vanraj returns spoiling the celebration. Vanraj enters the living room from the other side grabbing Adhik’s collar and dragging him with force. Pakhi tries to stop Vanraj from hurting Adhik but he doesn’t listen. Vanraj filled with anger slaps Adhik leaving Anuj, Anupamaa, Barkha and others shocked.

Anuj gets furious and questions Vanraj about how dare he slap Adhik like that in front of the whole family. Anupama and others freeze in their positions on seeing the violent atmosphere.

What will happen when Vanraj discloses Adhik and Pakhi’s relationship? 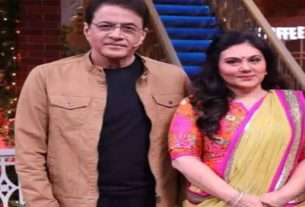 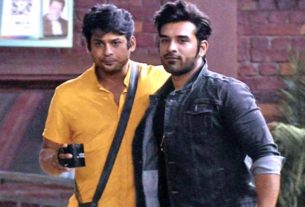 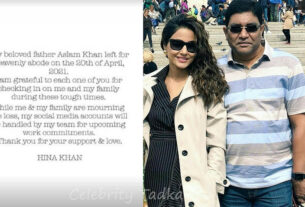 Hina Khan mourns the demise of her father with family; Actress expresses gratitude towards everyone & takes a break from social media