Here’s the upcoming highlights of televisions top 3 shows – Anupamaa, Ghum Hai Kisikey Pyaar Meiin and Imlie. These Star Plus shows are grabbing lot of attention and topping the TRP chars with high ratings.

Anupamaa starring Rupali Ganguly, Sudhanshu Pandey, Madalsa Sharma and Gaurav Khanna, is creating lot of buzz with it’s ongoing track. In previous episode we saw how Anupama takes stand for Anuj and asks him to play Dandiya with her. In today’s episode, Anupama and Anuj dances together and wins the best pair award in Dandiya Night. On seeing Anupama and Anuj together, Baa and Vanraj get furious as we all know they both doesn’t like Anupama-Anuj’s friendship. Baa insults Anuj and GK in front of everyone and asks them to leave. But this time Anupama doesn’t tolerates Baa’s disrespectful behaviour towards Anuj and she criticizes her for he same. Vanraj takes Baa’s side, but Anupama gives him also an apt repy.

In the upcoming episode, Anupama will tell Baa that she will not listen anything against Anuj from now. On hearing this, Baa and Vanraj gets furious. Further, Anupama and Anuj burns ‘Ravan’ together which symbolizes victory of good over evil.

Ghum Hai Kisikey Pyaar Meiin is one of the most popular show on television and keeps the viewers hooked with it’s new twists and turns. The shows stars Neil Bhatt and Ayesha Singh in lead as Virat and Sai. The current track of the show revolves around Sai returning to Chavan house with Virat. Sai gets a grand welcome in the house. While Kaku, Ninad, Mohit and others elated with Sai’s return, Pakhi, Omkar, Karishma were irked seeing everyone’s love for Sai. Pakhi even taunts Sai for always getting injured and taking everyone’s sympathy. On the other hand, Ashwini tells everyone that Sai and Virat will live in different room. Family gets shocked with Ashwini’s strange decision and they opposes it saying it will make Sai-Virat more away. However, Ashwini assures that nothing will happen to Sai-Virat’s relationship they will forever be together. Ashwini says that she doesn’t want Sai-Virat to again fight like past and Sai again leave the house, hence it’s better they live in different rooms.

In the upcoming episode, Ashwini will take Sai to her new room and Virat goes to his room. Meanwhile, Pakhi watches them going and thinks about the new turn their relationship going to take now.

Imlie is receiving great response from audience. It stars Sumbul Touqeer Khan, Gashmeer Mahajani and Mayuri Deshmukh in pivotal roles. The current track of the show revolves around Rupali’s husband trying to steal Aditya’s pen-drive which have a recording of a MLA involved in drugs smuggling. Aditya is about to expose that MLA and he gave that pen-drive to Imlie to keep it at safe place. However, Rupali’s husband steals that pen drive and Imlie accuses him for the same. Imlie tells Rupali that Pranav have that pen-drive when Rupy searches that she didn’t found anything from Pranav’s pockets and gets angry on Imlie for doubting her husband.

In the upcoming episode, Police will arrest Aditya claiming that they found drugs in his room which leaves Imlie shocked. 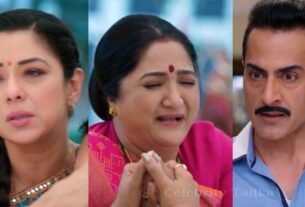 Anupamaa Spoiler: Baa Breaks Down asking Anupama to convince Babuji to return Home after Vanraj bashes her for disrespecting Bapuji & asks her to leave the house 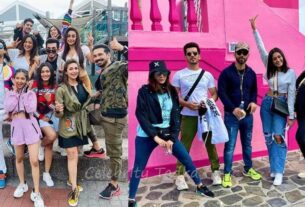 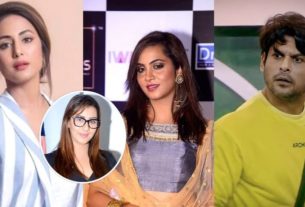