Star Plus show Anupamaa has been keeping the viewers hooked with it’s interesting twists and turns. The show stars Rupali Ganguly, Gaurav Khanna and Sudhanshu Pandey in lead. The upcoming track will witness huge twist as Anupamaa will struggle to heal Anuj when he get paralyzed. So far, Pakhi humiliates Anupama in Shah house and misbehaves with her asking her to get out of the house. Pakhi crosses all the limits of shame as she keeps criticizing her mother and tells how she changed after getting married in the Kapadia house.

She even calls Anupama arrogant and says that she constantly comes to Shah house to have both Shah and Kapadia under her control. Anupama stands heartbroken seeing so much hatred for herself from her daughter. Fed up with so much drama and fight, Baa asks Anupama to leave Shah house and never come back.

Vanraj to asks Anupama to leave the house as he thinks she is the main reason for all the ruckus in Shah house. As Anupama refuses to leave house and cries, Vanraj calls her emotional outburst as a drama. Just then, Anuj comes to her rescue and takes stand for Anupama. Anuj bans Pakhi’s entry in Kapadia house and gives everyone befitting reply defending his Anupama. Vanraj gets into physical fight with Anuj while Anupama screams to stop both. Anupama vows to never come to Shah house and break all ties with them.

ALSO READ: SHOCKING Twist! Anuj gets paralyzed and confined to bed, Anupamaa to struggle to help him recover?

And now, the channel has shared the new promo where Anuj seen lifeless lying in the hospital bed. Anupamaa struggles to heal Anuj as he gets paralyzed. Other hand, Barkha and Ankush has snatched everything from Anuj-Anupama as we can see in the promo Vanraj taunting Anupama how Anuj’s family shown her the real place of her. However, even after so much suffering, Anupama promises little Anu that she will heal Anuj at any cost.

Tellychakkar got this right ?

For once
So anuj is hurt and anupama has to take a stand ! 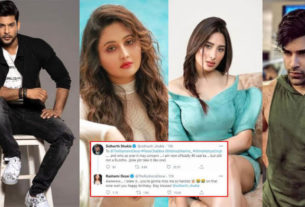 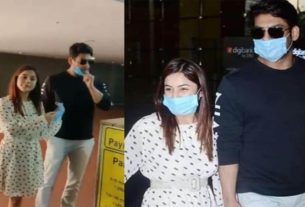 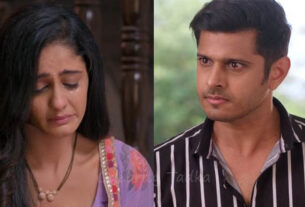 1 thought on “BIG TWIST! Anuj gets paralyzed, Anupamaa struggles to heal him; Barkha-Ankush snatches away everything from #MaAn”