Bigg Boss 14 fame Aly Goni shares a lovely video of himself grooving to the tunes of his ladylove Jasmin Bhasin‘s new song ‘Pani Di Gal‘ which is sung by Asees Kaur and Maninder Buttar. In the music video, Jasmin is seen opposite singer Maninder Buttar and fans are loving their chemistry in the song.

Just while ago, Aly took his Instagram handle and shared a reel of himself grooving to the tunes of ‘Pani Di Gal‘ song. The actor looked as dashing as ever in the video. Sharing the video, Aly praised the song and wrote, ‘@jasminbhasin2806 teri liye mein hi coke ban jaunga coke ka can kya cheez hai, guys go check out this mind blowing song by @maninderbuttar ft. Apni laila @jasminbhasin2806 #alygoni #panidigal #jasly‘. Soon after Aly posted the video, Jasmin commented on it and called it ‘Best Reel‘.

Not only this, Aly also posted a story with caption, “UFFFF KYA GAANA HAI AND KYA LADKI HAI @JASMINBHASIN2806.”

The music video ‘Pani Di Gal‘ is receiving a great response from viewers. Fans are loving the sizzling chemistry between Jasmin and Maninder in the song.

Previously, Jasmin was seen in a music video ‘Tera Suit‘ along with beau Aly Goni which was sung by popular singer Tony Kakkar. The music video had received a amazing response from viewers and had crossed 62 Million views in three weeks. 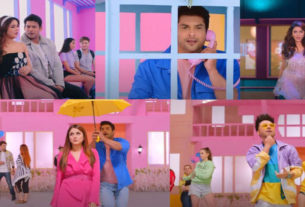 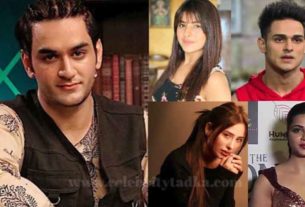 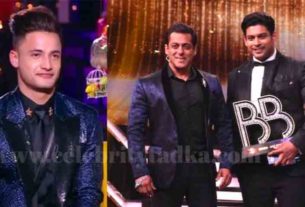