In the upcoming episode of Harshad Chopda-Pranali Rathod starrer Yeh Rishta Kya Kehlata Hai we will see how Abhimanyu saves Akshara from fire in the hospital. The latest episode saw Akshara reaching hospital and sees Abhimanyu sleeping. She adores him and kisses him while he sleeps. Further, Dr Rohan comes to tell Akshara about a patient wanting to see her. Akshara comes to her cabin and sees Sanjay, who saw Akshu at party.

He meets Akshu asking he needs music therapy but she denies it saying his reports doesn’t recommends that and adds that he needs psychiatrist. Sanjay tells he needs her and grabs her hand trying to harass her. Akshara gets angry and tells him to leave her hand. Just then, Abhimanyu comes there and attacks the stalker from behind.

ALSO READ: Abhimanyu attacks a stalker as he misbehaves with Akshara, Abhi to get stuck as Major fire breaks out in Birla Hospital in Yeh Rishta Kya Kehlata Hai?

Abhi asks the security to hand him over to the police. Abhi and Akshu sort out their issues as they talks. Other hand, Psycho Sanjay re-enters the hospital along with some patients hiding his face to take revenge on Abhi. He steals a scalpel from the Operation theatre’s equipment and attacks Abhi. Abhimanyu realizes his presence and saves himself.

Sanjay runs to escape and hides in a room full of cylinders as Abhi follows him in anger. Abhimanyu tries grab him but Sanjay throws the lit lighter and the cylinders blasts. Abhi tries to save patients and himself. Other hand, Akshara too gets stuck in the fire while saving patients. Other people from the staff and Neil, Mahima, Anand and Aarohi come to help people who stuck in the fire.

Abhi to rescue Akshara from fire in the hospital

Later, Abhi realizes that Akshara is stuck in the fire. He goes to rescue her but they both faints due to smoke. In the upcoming episode we will see Abhimanyu coming out from fire taking unconscious Akshara on his shoulders. Abhimanyu saves Akshara but Will Sanjay create more problems for AbhiRa ahead? 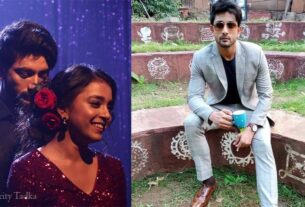 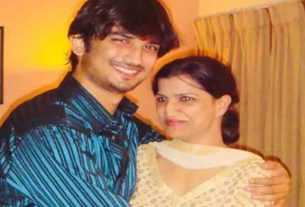 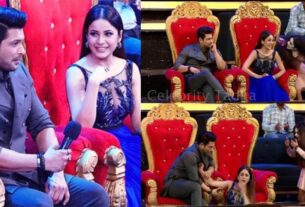 Dance Deewane 3: Shehnaaz Gill falls from the chair in fear after Ghost prank, Sidharth Shukla’s caring reaction towards her will touch your hearts-WATCH